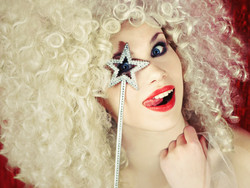 Ricardo wants to have fun. And he wants Amelia, Renato’s wife. Amelia wants a little excitement outside of her marriage. And Renato wants revenge, above all. Two players intrude upon this love triangle and manipulate their desires: Oscar and Ulrica..
Stage Director Inken Rahardt and Author Susann Oberacker get straight to the heart of Verdi’s opera: A society which just wants to have fun and doesn’t think about the consequences. A young ensemble of five singers and three instrumentalists performs the work, and the result is a Verdi masterpiece which takes place in the here and now.